The Rise of the Robot Camera

In the film and TV industries, the drive for innovation is constant. Ever on the lookout for the most refined technologies, those responsible for these productions are always keen to try out the latest inventions.

It’s little surprise, then, that TV and film robot cameras are becoming increasingly popular. Allowing viewers to get closer to the action than ever before, this clever technology is able to provide audiences with unique perspectives, such as close-ups of predatory animals in their natural habitats and scenes of underwater worlds that no cameraman could possibly access.

It is this, along with many other innovative features, that has led to a trend which many are referring to as ‘the rise of the robots’.

As a rule, technology is often developed in response to the needs of its users. This is certainly the case with regards to robot cameras, which have been designed to perform functions that more traditional alternatives are simply unable to.

Foremost amongst these is the ability to send robot cameras into situations that might otherwise be dangerous, and we can see this in evidence many times in more recent nature documentaries, for example, where robot cameras have allowed the audience to get close to dozens of predatory animals and/or foray into hazardous habitats without endangering the cameraman.

However, it’s not only in the wilderness that robot cameras can come in handy. Also increasingly used in film and TV studios, robot cameras are able to function in even the most cramped conditions.

As expert Assaff Rawner explains, this is useful because “the demand on space, whether seats in stadiums or modular studios, is increasing pressure to reduce the operational footprint of cameras while accommodating for the demand of increasing camera angles.” 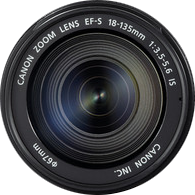 A different way of working

Not only are robotic cameras allowing us a glimpse into previously unexplored areas, but they’re also increasing the sorts of content we have access to. This is because, in certain scenarios, they’re able to replace the traditional role of a cameraman, to lower production costs and allow a greater range of events to be broadcast.

We can see this, for example, in amateur sporting, where the tracking interaction that’s inbuilt into such cameras allows them to capture the in-game action without the need for multiple professional cameramen to attend.

What this is doing, essentially, is opening up a whole world of new opportunities for the film and TV industries, but also for their audience – something that can only be a good thing.

Want to find out more about robot hire and how you can experience this tech for yourself? Then get in touch with our friendly and helpful team today.