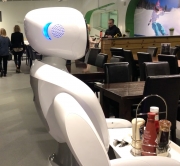 The popularity of Service Robots has risen considerably over the last couple of years. Although the UK is starting to realise their potential, other countries such as Japan and Singapore have been embracing Robots for some time and they continue to increase in popularity in settings such as hospitals and restaurants.

Changi general hospital in Singapore has around 50 Robots, some assisting professionals with delicate surgical procedures and others guiding patients through surgery and rehabilitation exercises. Other Robots also carry out tasks such as cleaning and delivering medication and supplies, these Robots are often described as delivery Robots.

Changi is using software developed by open Robotics, open Robotics is nonprofit and allows Robots that are made by different manufacturers to talk and communicate with each other. The software Changi is using allows the robots not based on ROS to communicate as well.  Open Robotics maintains the Robots operating system (ROS) open source software which is widely used to develop research and commercial robots. Open source has real potential which means lots of organizations can work together

The numbers of Industrial Robots such as Robotic arms have risen 85% to 2.7 million in 2019,  sales of service Robots including delivery Robots has risen 32%.

Why foodservice Robots Are On The Increase. 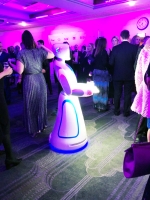 The Rise Of Security Robots
Scroll to top